Now, when you pull out your phone at Starbucks to connect to the WiFi, you’ll see a list of available WiFi networks within “earshot” of your phone. Each network name in that list is an SSID, or service set identifier.

When you’re connected to the WiFi and checking your Twitter feed at Starbucks, what you most care about is for the data that carries all those tweets to make it from the AP to your phone – nothing else matters, to you. But, WiFi has a lot more going on behind the scenes before the tweet carrying data makes it to your phone. There’s a LOT of information exchanging in the air in the form of management frames, control frames, and data frames. When it comes to SSIDs, we’re going to be paying attention to the management frames.

In most cases, each AP will have at least one SSID enabled and broadcasting. So WiFi clients know what SSIDs are available, each SSID will advertise its existence in the form of a beacon. It does this in accordance to the configured beacon interval, which is commonly set at every 100 milliseconds (ms). So, 10 times per second, each AP will send a beacon advertising the SSID. Now, if you have five SSIDs enabled, each of those will also need to send a beacon to advertise their SSID. So now you have 50 beacons sent out every second. What’s that? Oh, you have 10 APs deployed in your facility? That’s right, then you now have 500 beacons sent out every second. But wait, there’s more…

Now, let’s look at the WiFi client devices (like your phone). When you stroll into Starbucks, your phone sends its own management frame called a probe request, asking what SSIDs are available. Each AP will then send a probe response for each SSID that it has enabled. Math time again. If there are 50 devices sending probe requests, and 10 APs each having 5 BSSIDs enabled, then (oh, my head hurts) that’s 2,500 probe responses. And yes, that’s on top of the 500 beacons that the APs are sending out every second.

[ Yes, there’s even more than that, but that’s diving deeper that I want to right now, and I think this is enough to drive home the point. ]

Want to know a little secret (it’s not really a secret)? Remember in the previous “Teaching WiFi Airtime” posts, we talked a bit about transmit speeds, and their impact on airtime utilization? Well, management traffic is sent at the lowest allowed basic data rate (don’t ask why right now, that’s a blog post for later). Anyway, do you see how management traffic can really overwhelm the WiFi?

Let me try to illustrate. Let’s imagine that I’m attending a conference call with four other people. I dial in and then introduce myself. “Hello, Todd here. Who else is on the call?” Then, everyone else, in turn, introduces themselves. Now, this is an important meeting, and we need to ensure that everyone is present throughout. To do this, we each check-in and repeat our introductions every 10 minutes. A few moments later, someone else joins late, introduces himself, and asks, “Who else is on the call?” Introductions ensue again.

You can see that the introductions take up a fair amount of time, especially when folks ask who else is on the call. Now, imagine that we all have multiple personalities (five in fact), and each one is conscious and aware of the other, and each is also an important contributor to the call. Now, every person introduces each of their five personalities when they join the call, check-in periodically, and when others ask who is on the call. That’s a lot of introductions, which are now taking the bulk of the time, leaving very little to discuss the actual purpose of the call.

Having too many SSIDs can bring the WiFi network to a crawl, because the airtime is consumed with so much slow management traffic (commonly referred to as overhead), that there is very little left for the tweet carrying data frames that you so desperately want.

I started out explaining that SSIDs are not the wireless equivalent to VLANs. My primary reason for saying this is that VLANs can actually improve network performance by segmenting the network into separate broadcast domains, thus reducing unnecessary traffic broadcasting throughout the network. The more VLANs you implement, the greater potential exists for more efficient network performance. That’s not the case when adding SSIDs. While there are many valid reasons to use multiple SSIDs, a smart WiFi engineer will balance those benefits with the potential negative impact on WiFi performance. In WiFi, the fewer the SSIDs, the better. If you’re using more than 3 or 4, you’re likely negatively impacting your WiFi network.

Check out Andrew vonNagy’s SSID Overhead Calculator to see the impact SSIDs will have on your network.

BTW – SSIDs can be fun. Instead of using names like “corporate” or “office” or “Smith’s”, try something fun. Did you catch my home SSID in the image above?

2 thoughts on “Understanding SSIDs (aka WLANs) and Using Them Wisely” 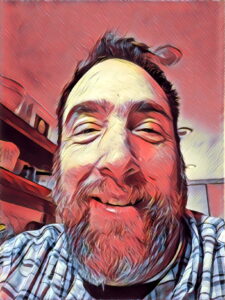